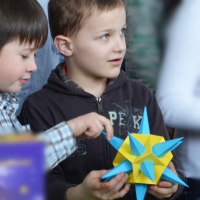 A polyhedron is a solid bounded by flat polygons, which are called faces.

The number of faces distinguishes polyhedra. There may be tetrahedrons, pentahedrons, etc.

A polyhedron is considered to be convex if it is located on one side of the plane of each of its faces. A polyhedron is called regular if its faces are regular polygons (i.e., where all sides and angles are equal), and all polyhedral angles at the vertices are equal. There are five types of regular polyhedra: tetrahedron, cube (regular hexahedron), octahedron, dodecahedron, icosahedron.

These polygons are called faces, their sides are called edges, and their vertices are the polyhedron's vertices. 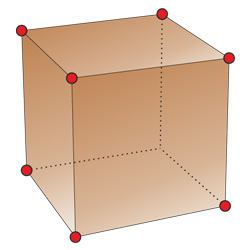 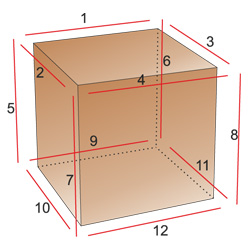 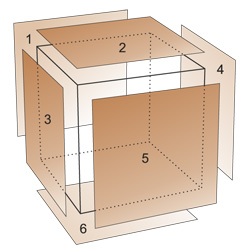 A polyhedron is said to be convex if it is located on one side of the plane of each of its faces.

A convex polyhedron is called a prismatoid if its vertices lie in two parallel planes. Prisms, pyramids, and truncated pyramids are particular cases of a prismatoid. All lateral faces of a prismatoid are triangles or quadrangles, while quadrangular faces are trapezoids or parallelograms.