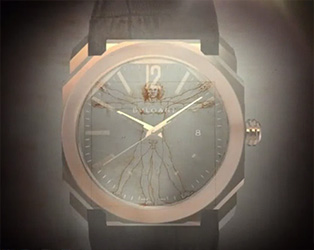 To enhance the effect of the consumer's impact, they also added a Leonardo da Vinci design.

"The octagon is a symbol of geometric perfection.
Italy - the birthplace of the great master Leonardo da Vinci, left behind a lot of masterpieces and inventions. In the Octo designer watches, the bold conjugation of a circle with a square creates an octagonal shape that includes time in the perfect lines' complex geometry. Octo watches convey the essence of the Bulgari man. "

In advertising, illustrations of Leonardo da Vinci (1452-1519), created for the book De Divina proportione ("On Divine Proportions"), dedicated to polyhedra, are used.
The word octo is Greek for the number eight. The dial of the BULGARI watch is in the shape of a regular octagon, but we are talking about three-dimensional geometric solids, specifically a truncated octahedron in the book. Of course, no one will say in a one minute clip that the truncated octahedron is a polyhedron with 14 faces and is obtained by converting an octahedron. In the case, the world "OCTO" in the advertisement refers to an octahedron because it has eight faces.
The only relationship between the truncated octahedron and number 8 is that looking at the polyhedron from above. We will see the silhouette in the form of a regular octagon. 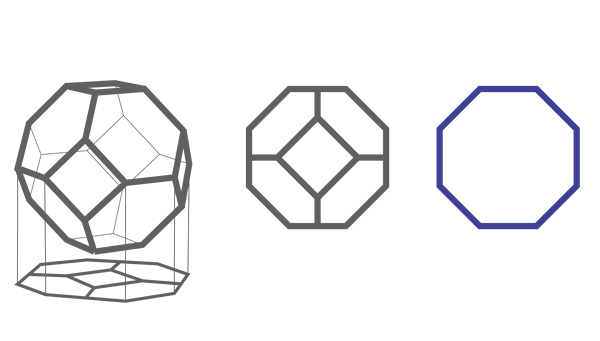 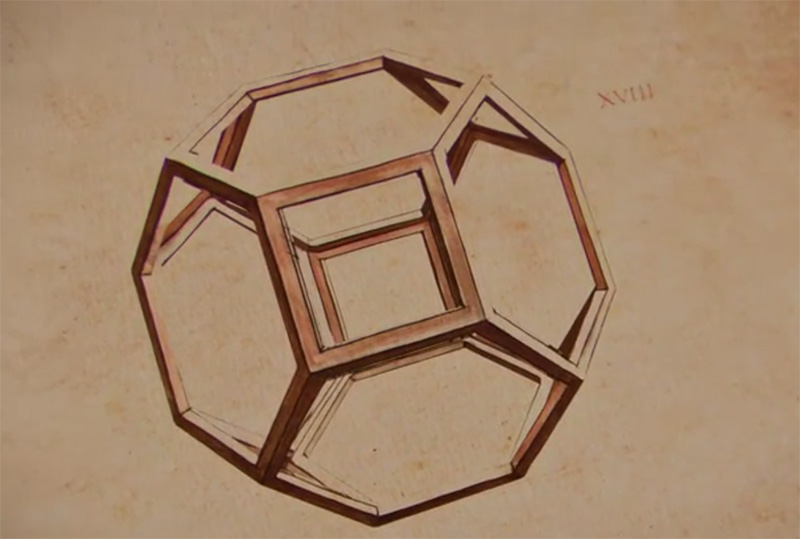 But as for the clock, it's just the fantasy of the people who created the advertisement. clock truncated octahedron 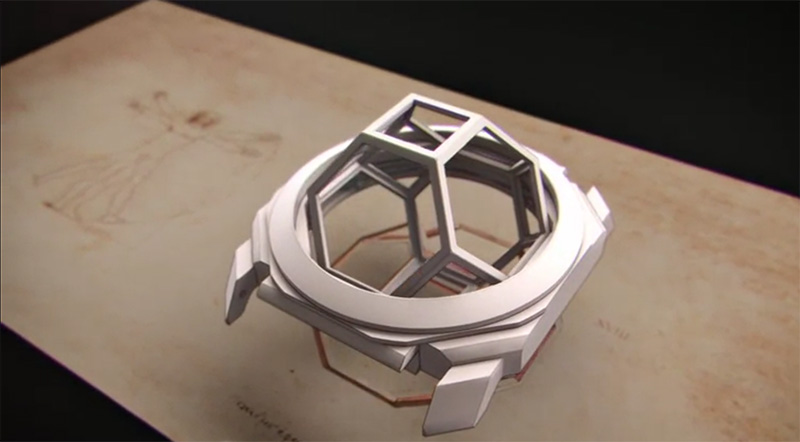 Nevertheless, I want to say thank you to the authors of the beautiful advertising!
And of course, I would like to hope that the great Leonardo da Vinci somehow had a hand in making these watches...