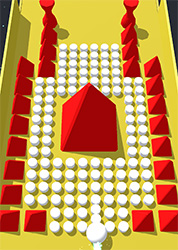 It is not often possible to encounter polyhedra outside of math textbooks. Even though such geometric shapes as a cube, a prism, and a cylinder are found daily, the Truncated Octahedron and Small Stellated Dodecahedron would never be seen.

Color Bump 3D is an arcade game. The project creators from Good Job Games (https://goodjobgames.com/) have released several similar toys, but this one is considered the highest quality. The player will go through levels of varying difficulty while using ingenuity, dexterity, and reaction speed. You need to control the balls of different colors and lead them through the game area without touching objects of a different color. It would help if you also broke all the barriers on the way to beat the level.
Color Bump 3D can be interesting from two school subjects - mathematics and physics. 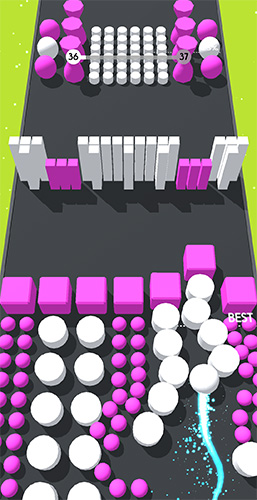 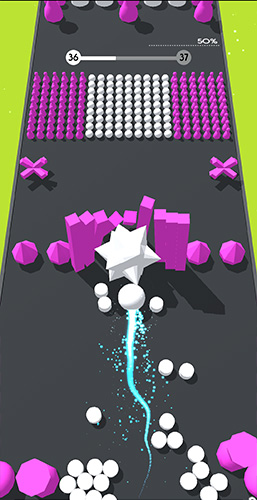 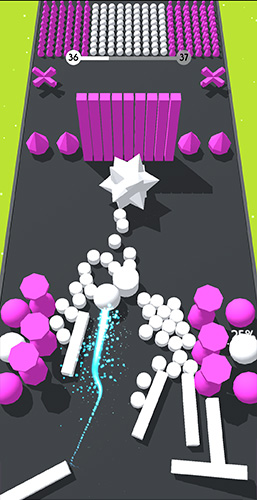 Color Bump 3D can be interesting from two school subjects - mathematics and physics.

Color bump 3D in terms of the subject of mathematics.

All obstacles are made in the form of geometric solids:
- Cubes
- Prisms
- Balls
- Cones
- Quadrangular pyramids
- Cylinders
- Truncated octahedra
- Stellated polyhedra in the form of the Small stellated dodecahedron

Color Bump 3D in terms of the subject of physics.

All movements of objects obey the laws of physics. Each geometric solid has a mass corresponding to its visible size.

When a game ball pushes a larger object, the latter will slowly move. And if the ball collides with smaller objects, they will fly apart.

By playing Color Bump 3D, we can feel how such a thing as “impulse” works. In classical mechanics, the momentum of a solid is equal to the product of the mass of a solid by its velocity:
P = m V

A game ball, colliding with other objects, acts on them and shifts them. Since the game ball's mass always remains constant, we can change its speed for a different impact force. In other words, we can increase the momentum of the ball by increasing speed.
The harder we push the ball, the more impulse it has, and the more destructive force it acts on other objects. 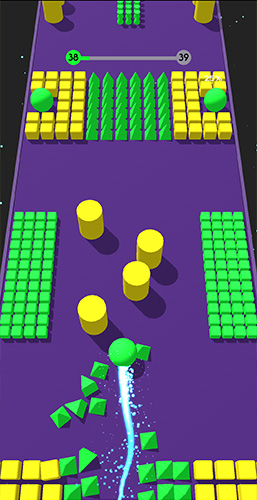 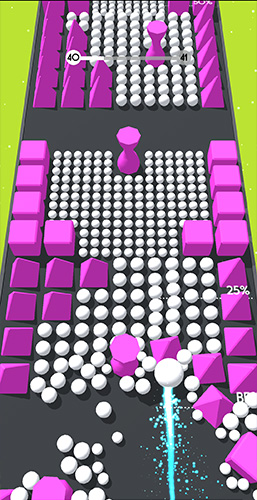 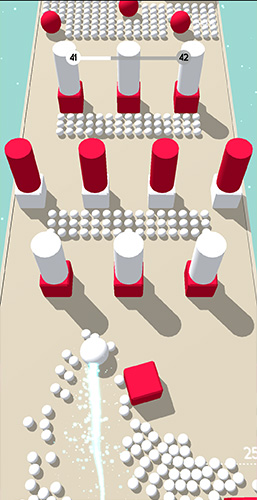 About the game itself

In each round, you need to wreak havoc on the surrounding space. This increases your score and allows the player to rise in the ratings. With each level, the player is not limited in time, so you can safely and carefully dodge obstacles on the way to victory.

The game's essence is to bring the ball through the entire game area to the victorious finish. Along the way, you will interfere with various obstacles that need to be destroyed. The whole difficulty lies in the fact that some are very easily destructible, while others are heavier, so it will be much more difficult to pass the level.

The creators have offered users about a hundred fascinating and challenging levels that differ from each other. At each successive level, the obstacles become bigger and heavier. The game even has levels where the obstacles are in motion, and it becomes complicated to break them. 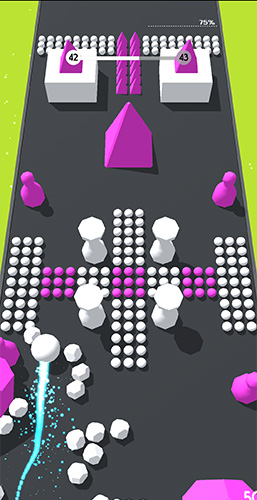 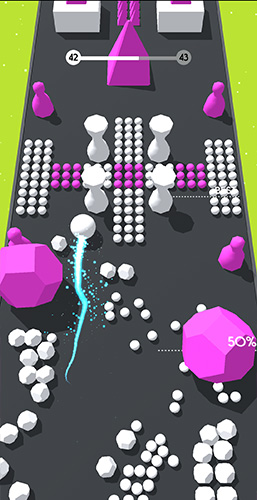 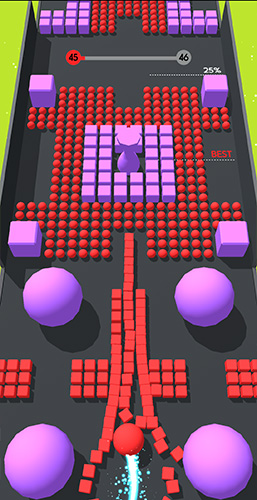 The game is available on the App Store and Google Play.

Here is a little trick in the game! If you turn off the Internet, you can enjoy the game without advertising!