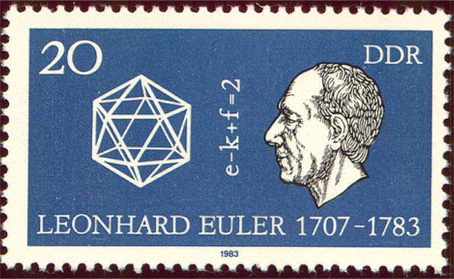 Stamps cover all significant events happening in the world. Much attention was paid to polyhedra by artists-philatelists. The stamp dedicated to Leonhard Euler with icosahedron's image was issued in 1983 in East Germany (200th anniversary of the scientist). 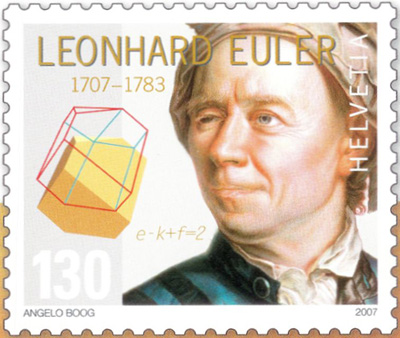 Another stamp was issued in Switzerland in 2007 and was devoted to the 300th birth anniversary of Leonhard Euler.
Both stamps contain the famous Euler's theorem for polyhedra (read more about it in Issue #7 of Magic Edges).

This is the stamp issued in Monaco in 2000. It was dedicated to the Year of mathematics. You can see the image of the dodecahedron there. 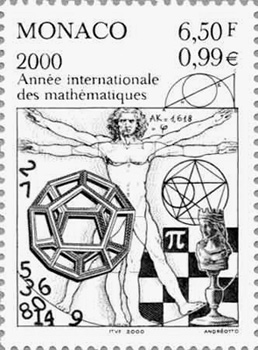 The stamp issued in Hungary in 1980 depicts Johannes Kepler, a mathematician and an astronomer, and his model of the universe based on regular polyhedra (Issue #4 of Magic Edges). 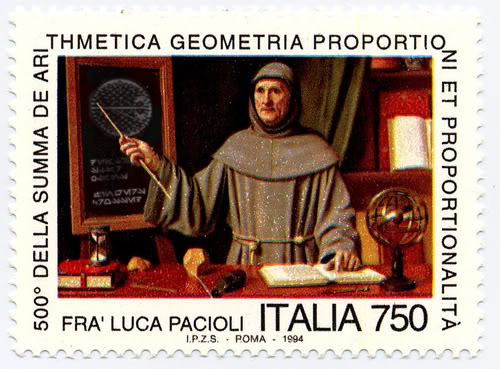 The stamp issued in Italy in 1994 is dedicated to Luca Pacioli (Issue #3 of Magic Edges). You can see a dodecahedron among various items in front of the scientist.

The stamp issued in Mongolia contains a copy of an engraving by Albrecht Durer "Melancholia". One of the engraving elements is a polyhedron, a prism truncated at the top and the bottom. 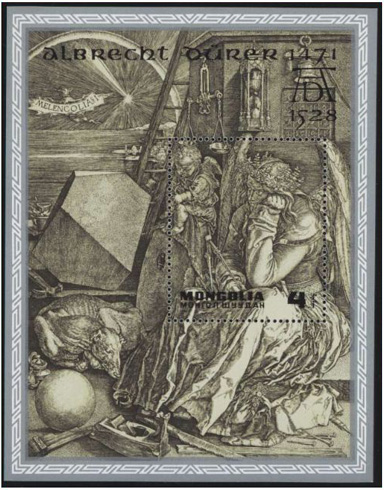 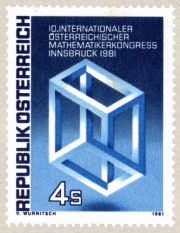 You can also see two stamps where you will not find polyhedra in their conventional sense.

The stamp is devoted to the mathematical congress in Innsbruck (Austria), held in 1981. It is based on Escher's impossible box.

These are Swedish stamps with the images of famous figures of Oscar Reutersvärd issued in 1982.