Polyhedron as an emblem of the town

The founders of Mirny, located in the Arkhangelsk region, placed a polyhedron, the Great Dodecahedron, on their city's flag and emblem.

According to the heraldic symbolism of the city:

- a polyhedron - a stone cut from gold, whose faces are made in the form of five-pointed stars, is a symbol of the memory of the founders of the city and the cosmodrome;
- waving a truncated pennant - a stylized image of the northern lights;
- silver four-pointed star indicates the high-latitude location of the city of Mirny;
- a golden arrow - a stylized image of an airplane - the city's initial meaning is the cosmodrome.
The town of Mirny owes its birth and education (1958) to the military cosmodrome Plesetsk.
For many years, both the cosmodrome and Mirny itself were hidden by a deaf veil of secrecy. The first publications about the cosmodrome and the city appeared in the central press only in 1983.
There are many parks in the residential districts of the city. In one of the parks, there is a monument to the garrison and the city's founders in the form of a polyhedron - the Great Dodecahedron. 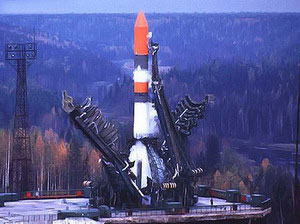 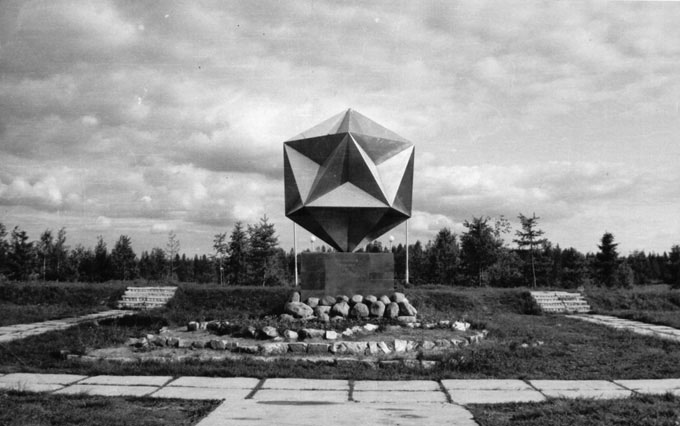 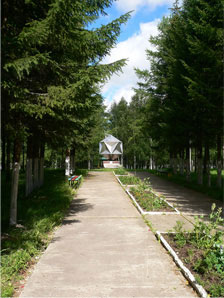 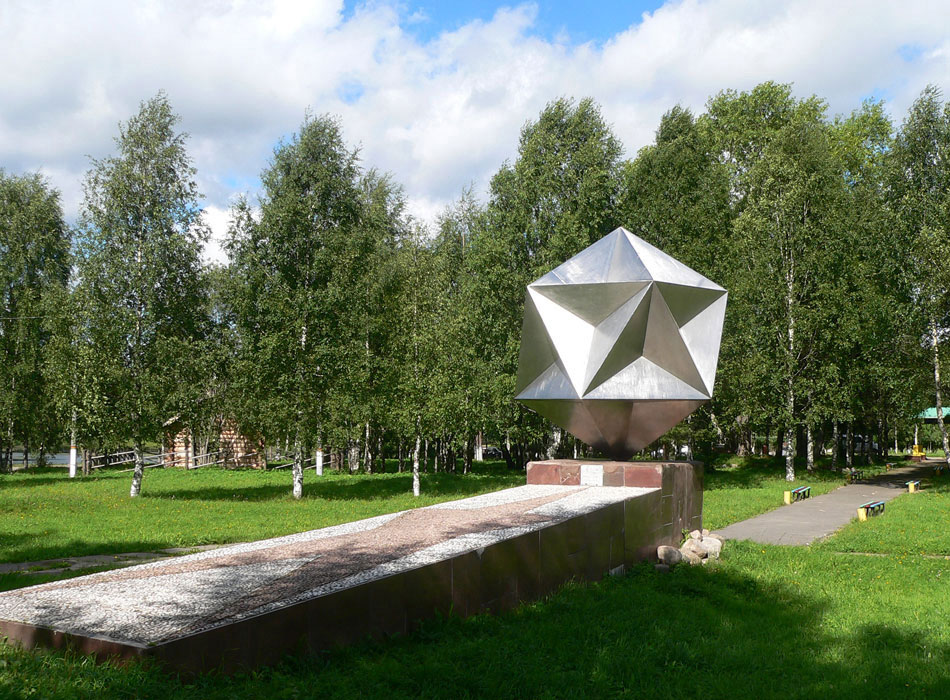