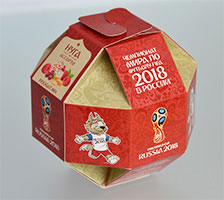 The geometric shape of the box from a distance resembles a rounded shape, which emphasizes the similarity with the ball. But if you look closely, we see clearly expressed square faces and niches in the places of triangular faces. 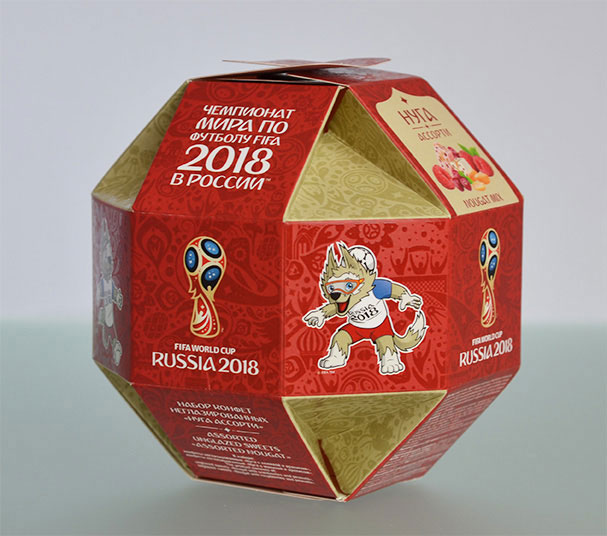 As the initial form of the polyhedron, one of the 13 Archimedean solids is chosen - Rombiccubeoctahedron. But not in pure form. The fact is that our box does not have triangular faces, or rather, they are, but are at some depth. This is due to the design feature because it consists of a single shape net. 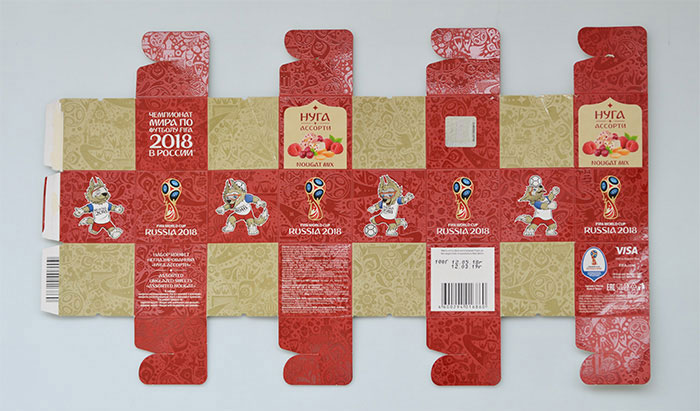 To repeat such a construction yourself in the same proportions, you will need a sheet with a size of 435 x 255 mm (this is even more than a sheet of A3 format 420x297).

The shape net is glued through the three flaps into the tube. 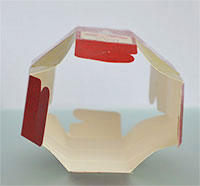 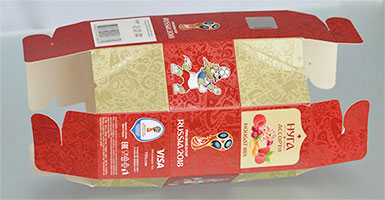 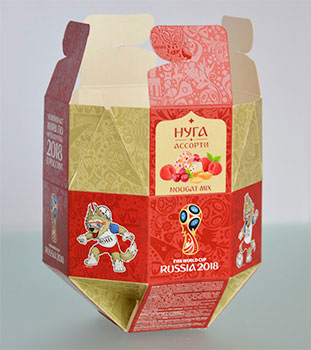 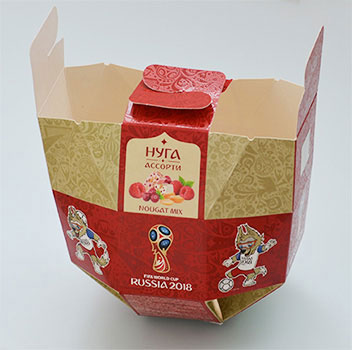 Since the shape of the resulting polyhedron has a niche, this cannot be an Archimedean body. We encountered one of these forms in the 7th issue of Magic Edges. The yellow-green polyhedron bears the name of a small cubo-cubo-octahedron. 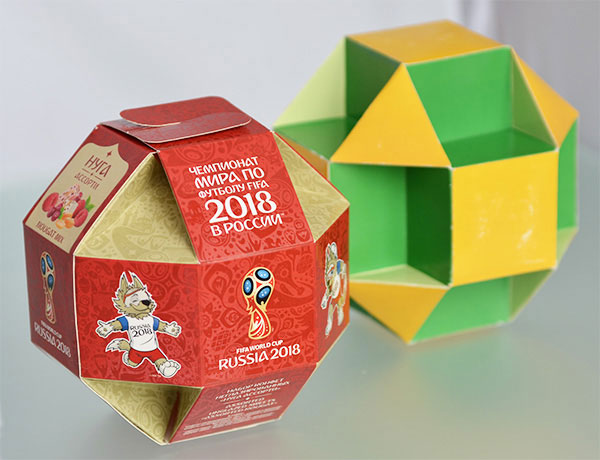 But in our box, the niches are opposite, so the polyhedron is closest in shape to the small rhombic hexahedron.
The dimensions of the box practically coincide with the dimensions of the small cubo-cubo-octahedron already constructed by us. Hurry up to get yourself such a "sweet souvenir"! The price in Auchan is only $0,5. for 100 grams of candy and a polyhedron with the symbols of the 2018 World Cup in Russia!
P.S. With this note we open a series of articles devoted to the geometric forms of packaging.
© polyhedr.com  15/07/2018

Make the New Year's holiday beautiful and unusual, so that the children saw in him a fairy tale,...

Being in the company of fashionable clothes and accessories, the polyhedron feels quite...

In the second half of the 19th century, a new way of teaching was born in the US schools - the...

What does the dodecahedron and icosahedron have in...