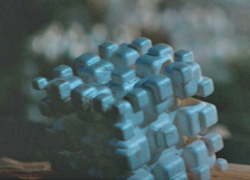 In the Super 8 movie, Steven Spielberg created an alien spaceship that flew to Earth from a huge number of small polyhedra. The shape is very similar to the Rubik's cube. 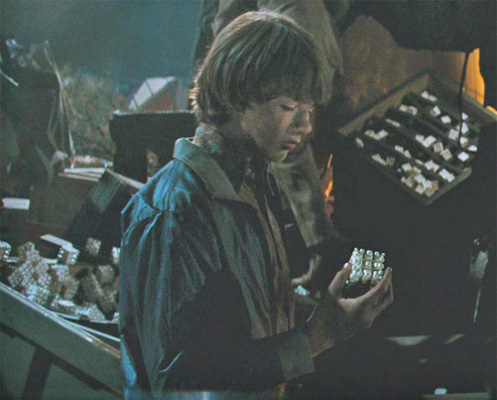 Heroes first find them after the crash of a military special train.
Later, looking at the film from the secret military laboratory, they learn that these cubes are a kind of alloy that makes up the ship of an alien creature who made an emergency landing on Earth and unsuccessfully trying to assemble it.
Experiments of scientists and military aimed at taking possession of extraterrestrial technology and not helping the alien prisoner. 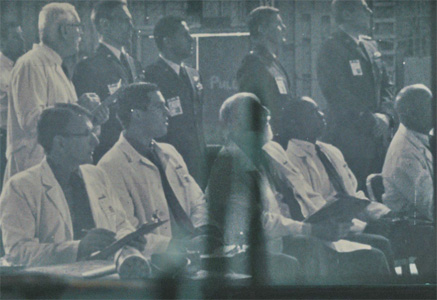 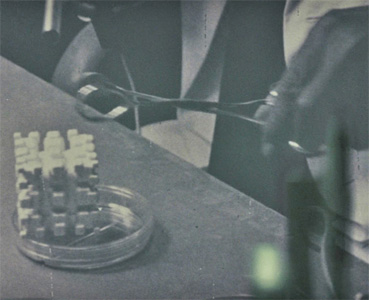 As a result, the alien manages to escape and build a car under the water tower to recreate the ship. All metal objects, as well as all cubes in military trucks, are attracted to the tower. Gathering together, the cubes are connected, form a ship, and the alien leaves the planet.