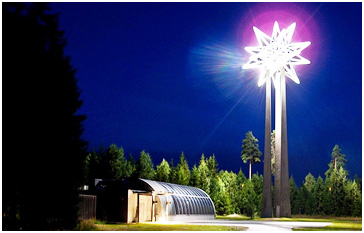 The Kepler's Star (nor Keplerstjernen), 45 meters high, is located near Oslo in Gardemoen Airport. A huge star lights up and emits a white bright light against the dark sky's background in the evening.

The Norwegian artist and architect, Webior Sand, who was already known for his projects in public art, art in the urban environment, designed Kepler's Star.
For the first time, the star was lit at the millennium (1999 - 2000). 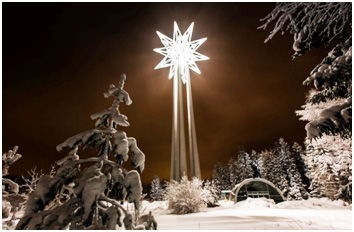 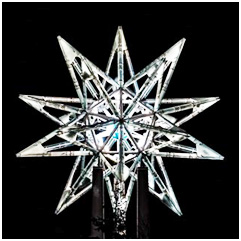 The star consists of an icosahedron and a dodecahedron located inside a large stellate dodecahedron, and its size reaches 14 meters. A special effect is created by materials from which the star is made. Large glass plates with the texture of "broken glass" are mounted on a steel frame.

"Kepler's Star" is not only a tremendous monument but more than once, it was a symbol of important events and actions taking place in the country and all over the world. Thus, the erection of the sculpture in 1999 was timed to coincide with the Nobel Peace Prize and has since been also known as the "Star of the World" (Norwegian Fredsstjernen).any years later, in October 2014, the star for a whole month emitted a pink light, instead of the usual white, in honor of the support of the ongoing action against Breast Cancer (Norwegian Rosa Sløyfe-aksjonen). 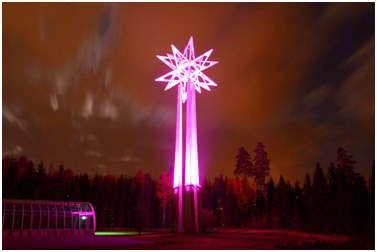 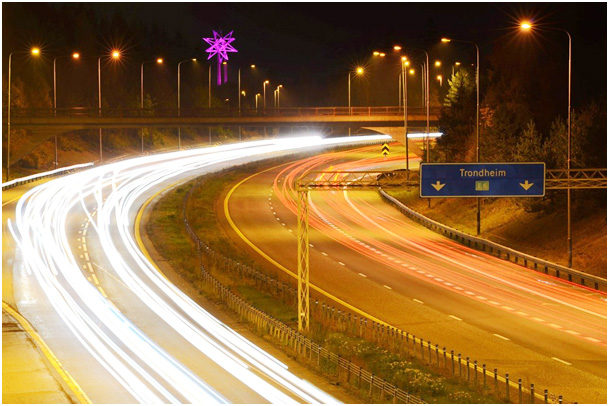