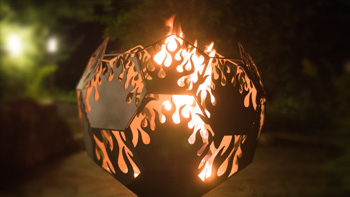 For a primeval man, fire once became a new form of social life. The night ceased to be an inevitable black collapse, and the value of fire made a person give him a sacred meaning. The fire itself became a keeper and protector.
A tradition has emerged with the whole family to sit by the fire. The hearth became the symbol of this tradition.

The modern world no longer requires us to prepare food on an open fire, but something still attracts so much to the fiery hearth.
Enthusiasts, having an artistic taste, suggest replacing the usual bonfire or brazier with a bonfire bowl. Moreover, it looks like a real work of art:

The technology of creation is as follows. First, two custom-made steel hemispheres are welded together. Then a drawing is applied to the sphere and cut out with a plasma cutter. But those who are familiar with mathematics went further, suggesting a polyhedron as a hearth form:

A polyhedron, a truncated icosahedron, was taken as a basis - better known in wide circles as a soccer ball. 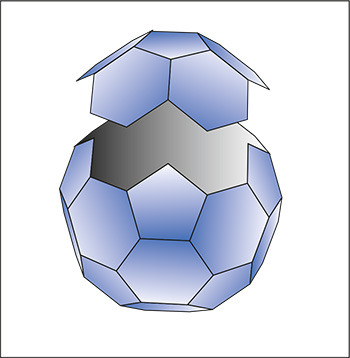 Several top faces have been removed. What for? Well, the answer here should be obvious to throw firewood at the top!
The faces themselves are steel plates, but not solid, but containing a pattern.
Oxygen enters the hearth through these openings, supporting the burning process, and we can admire the graceful silhouettes against the backdrop of fire. 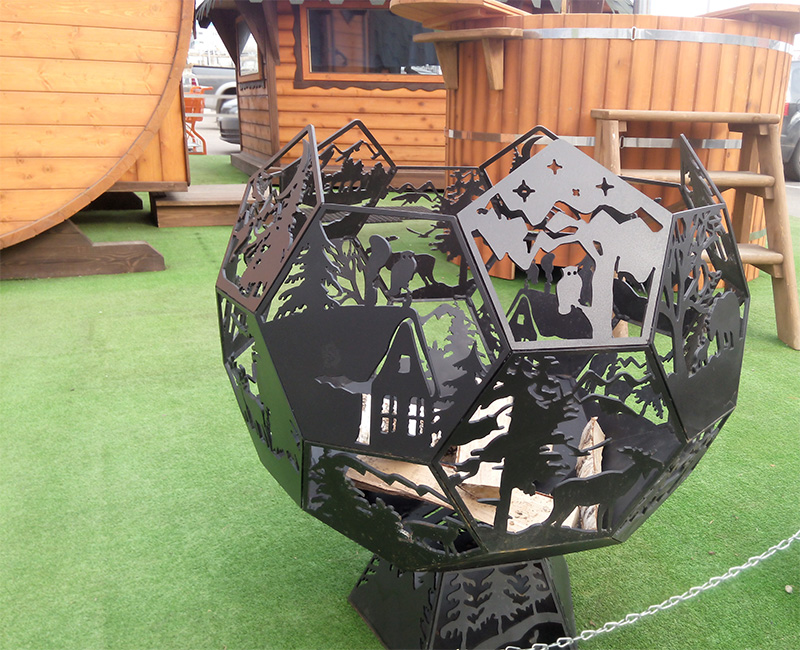