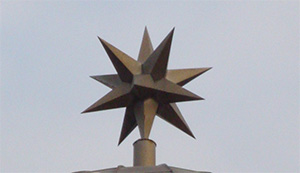 Imagine a historic building, an architectural ensemble that is decorated with stellated polyhedra. And not just a building, but a whole palace! Is it possible?

Yes! In the very center of Moscow, a beautiful monument of architecture has been preserved - the Petrovsky Travel Palace, which, by the way, in 2014 turned 230 years old. 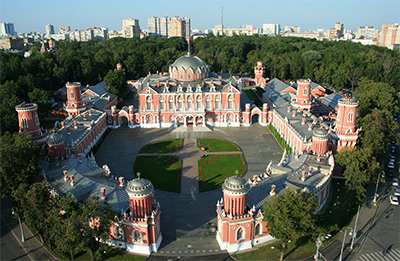 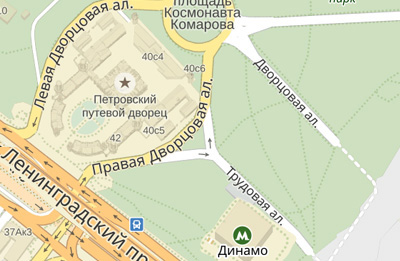 Architect Matthew Kazakov built Petrovsky Palace Palace on the orders of Catherine II in honor of the victory of Russia over Turkey in the war of 1768-1774.
Externally, the building looks a bit unusual, as it combines several architectural styles at once. So, lancet arches and windows are made in the Gothic style, and barrel-shaped columns witness the Old Russian style. The palace itself is a three-story structure, topped with a dome. Adjacent to it, one-story outbuildings form the front yard.
As a place to sleep, the kings used the palace after a long journey from St. Petersburg to Moscow. Although the center of power was concentrated in St. Petersburg, the royal personages were married to Moscow's kingdom in the Assumption Cathedral. After a two-week shaking in a carriage, the royal persons rested for 2-3 days in the Petrovsky Palace before the solemn ceremony.

But what seemed very unusual to us was the decoration of the towers. 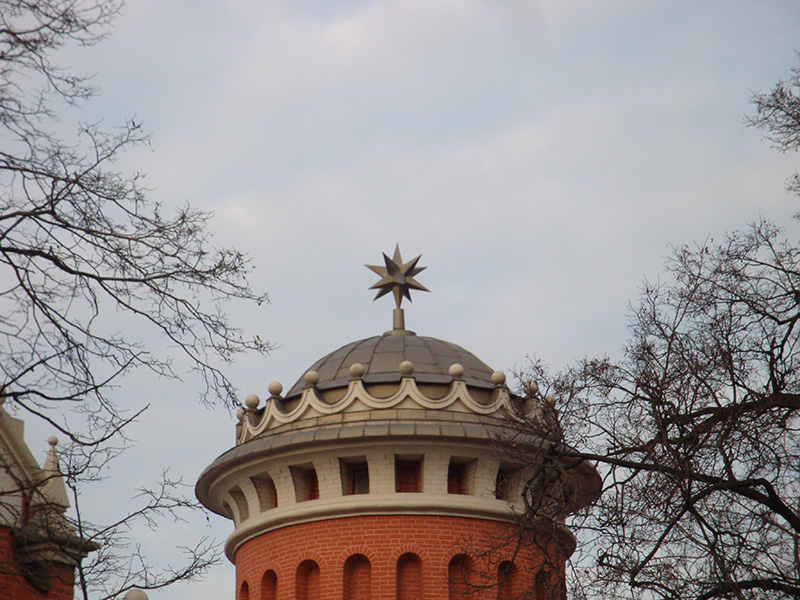 The Russian Gothic style used by the architect Matvey Kazakov should have combined both elements of Russian architecture and Gothic patterns. 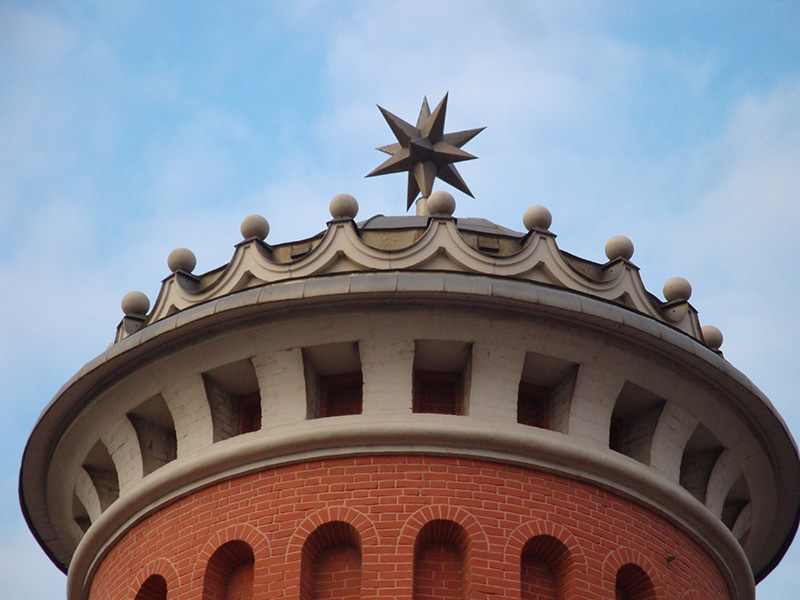 If you look at the form of "spiky stars", then you can see that they exactly correspond to one of the stellate forms of the icosahedron (the 9th stellation form). But the reasons for which the towers are crowned with star polyhedra are not known to us.
According to one version, they are obliged by their appearance to the presence of Gothic elements, and it wasn't easy to inscribe something other than sharp stars in the palace ensemble.
According to another version, according to supporters of masons - these are symbols of a secret society. However, this theory has not been confirmed. The Palace's history dates back to 1785 when Catherine II visited him for the first time from Novgorod to Moscow. After it, all Russian emperors stayed in the palace before entering Moscow solemnly.
In 1812, Napoleon spent several days here.
Since 2009, after completing the restoration work, the Petrovsky Palace of Traveling became known as the Moscow Government Reception House. Here are the official meetings, receptions of representatives of the diplomatic corps, all kinds of holiday celebrations. Muscovites and guests of the capital city tour desk organize special tours of the palace's halls and surrounding areas.

Globalization goes well, and now there is a noisy metropolis around the palace. And we can look two hundred years ago and see how the palace looked then and how it appears before us now. 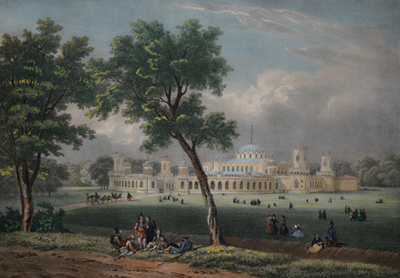 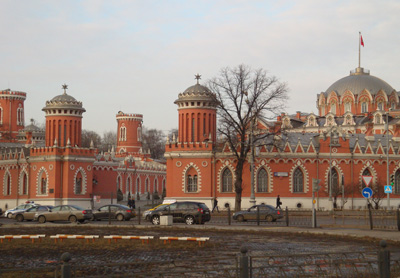 Architects have used the elements of polyhedra in designing their constructions since ancient...