Nets solids of revolution. How to make pdf template 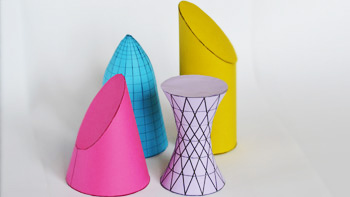 What happens if a flat geometric shape, such as a rectangle, begins to rotate rapidly relative to one of its sides?
We create a new geometric solid in space by rotation.

The sides of a rotating rectangle form the side surfaces of the cylinder.

The official definition for such geometric solids is as follows:

For example, a curve that, when rotated, forms a vase or a light bulb. Such tools for creating bodies of revolution are very popular with those who work in 3D-design programs.

But from a mathematical point of view, the following geometric solids of revolution are of primary interest to us: 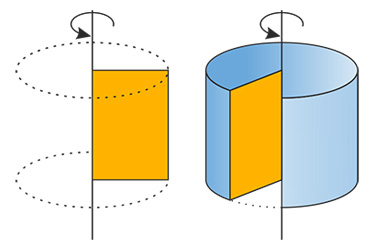 The cylinder is formed by a rectangle rotating around one of the sides. 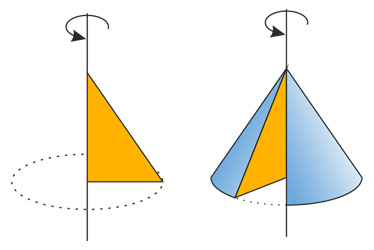 The cone is formed by a rectangular triangle rotating around one of the sides. 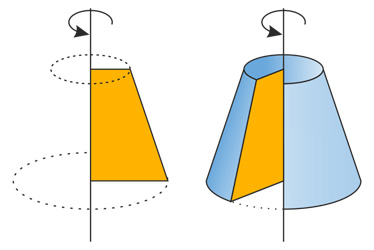 A truncated cone is part of the cone located between its base and the cutting plane parallel to the base. It is formed by rotating a rectangular trapezoid around its side, perpendicular to the trapezoid bases. 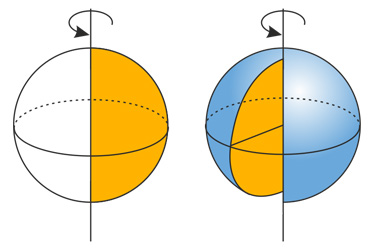 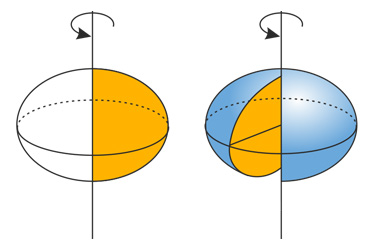 An ellipsoid is a surface in three-dimensional space, obtained by deforming a sphere along three mutually perpendicular axes. 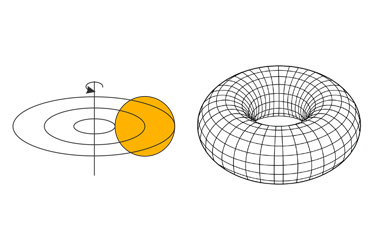 The torus is formed by a circle rotating around a straight line that does not intersect it.
The usual sense of the torus is a "bagel". 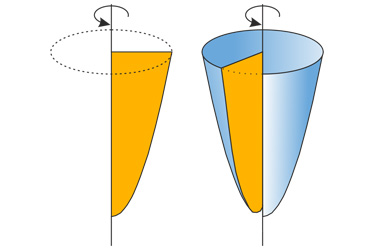 A paraboloid is a surface formed due to a rotation around the axis of a curve formed by a parabola graph. Hence the name paraboloid. 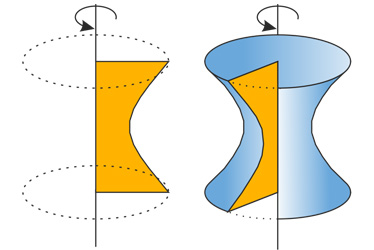 A hyperboloid is a surface formed due to rotation around the axis of a curve formed by a hyperbola graph. Accordingly, the name is a hyperboloid.

To compare the resulting models' sizes, we tried to assemble them on the same surface together with prisms from the Magic Edges #16 issue. 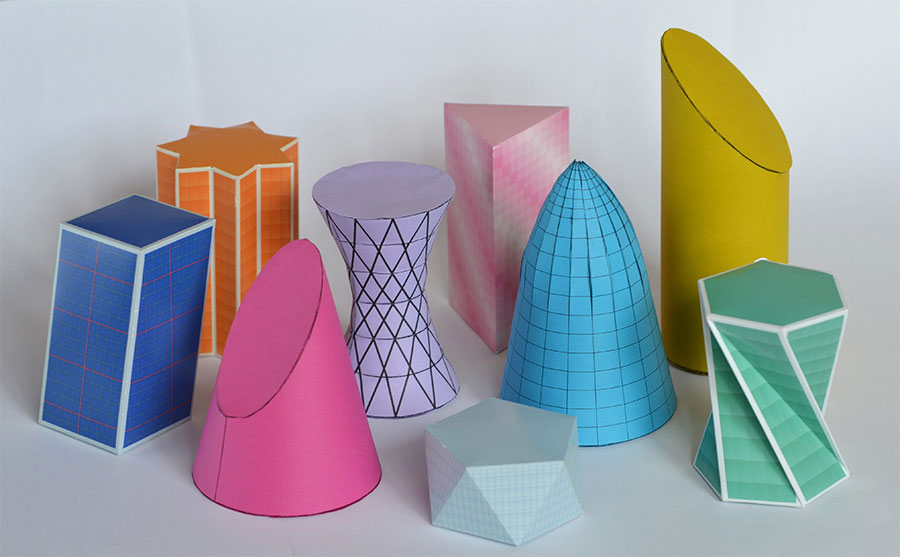 It turned into a whole mathematical city of paper that fits on the table!

The box geometric shape from a distance resembles a rounded shape, emphasizing the similarity with the...

The Kepler's Star (nor Keplerstjernen), 45 meters high, is located near Oslo in Gardemoen Airport. A huge...