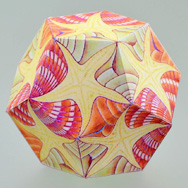 With the same pattern repeating on each polyhedrons face, it is possible to create an alternating combination of patterns on a three-dimensional geometric solid.

One of the first who plunged into the study of symmetry properties and its application in art was the Dutch graphic artist Maurits Cornelis Escher.
Escher is known for his conceptual lithographs, wood, and metal engravings, in which he masterfully illustrated the concepts of symmetry, infinity, and psychological perception of complex three-dimensional objects.
Ideas for his paintings Escher took from the exact sciences, from mathematics and geometry. In 1936, he became interested in mosaics and regularly used it to fill the pictures plane. 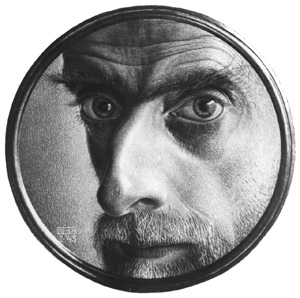 Regular splitting of the plane, called "mosaic", - is a set of closed figures, which can pave a plane without intersecting the figures and the gaps between them. Usually, simple polygons, such as squares or rectangles, are used as figures for creating mosaics. Escher used all types of mosaics in his engravings - regular and irregular. 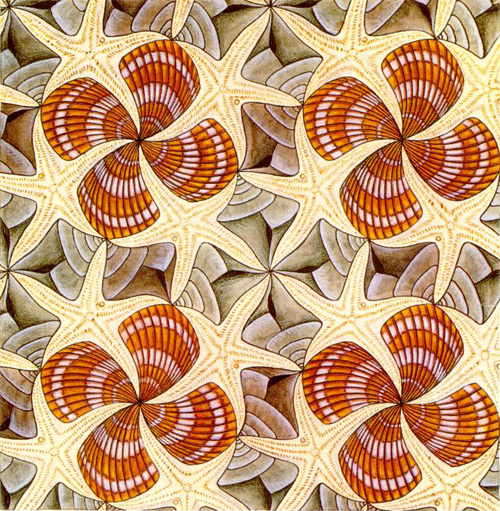 Artist's work Shells and Starfish. 1941 г.
Mathematicians proved that only three regular polygons are suitable for the plane's regular splitting: a triangle, a square, and a hexagon. Escher used basic mosaics patterns, applying transformations to them, which in geometry are called symmetry, reflection, displacement, etc. He also distorted basic shapes, turning them into animals, birds, lizards, and so on. These distorted mosaic patterns had three-, four-, and six-directional symmetry, thus preserving the property of filling the plane without overlaps and cracks.
Using one of the mosaic elements, namely the five-pointed starfish at the edges relating to the shells, we can create a regular pentagon that will serve as the dodecahedron's edge. 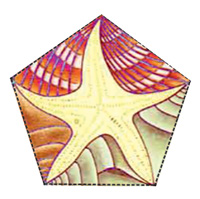 Here you can download and print on a color printer two nets to create a dodecahedron:
net 1 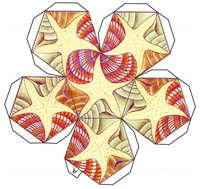 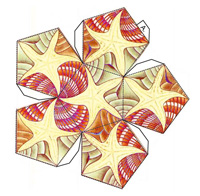 The photos show the assembly sequence of the dodecahedron (step by step instructions on how to glue a paper polyhedron):
First, glue the two parts into a single net. 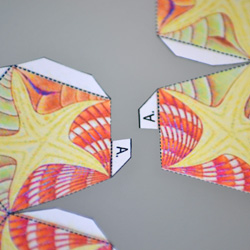 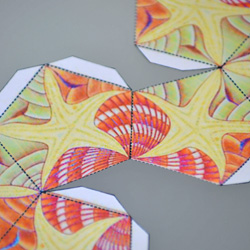 The next step is to glue each of the halves. 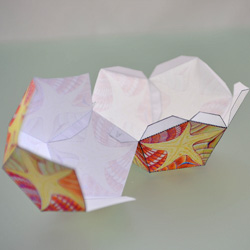 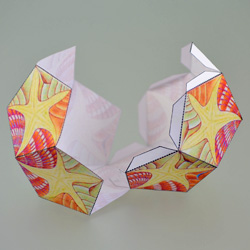 At the final stage, glue the two halves of the dodecahedron together.
The finished polyhedron allows you to see how the pentagonal pattern combines on the dodecahedron's twelve faces and forms a symmetrical geometric pattern. 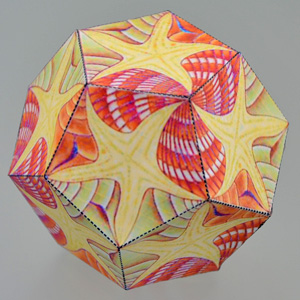 In Maurits Escher, there are followers who, like him, come up with original drawings. For us, the most interesting are those that allow the use of bulk geometric shapes.
For example, on the website of the Canadian University (SFU), drawings and sweeps were proposed to create five regular polyhedra. The images of animals and clowns are used as a repeating mosaic pattern: 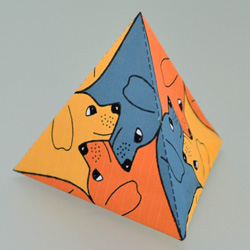 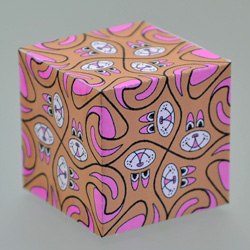 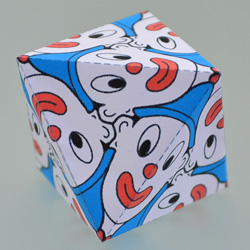 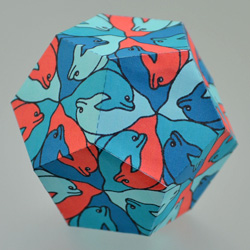 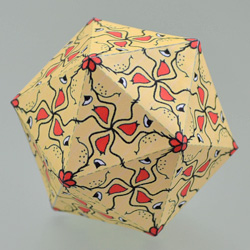 Download icosahedron net
Using this technique, you can create a bright and attractive image for each of the Platonic solids. 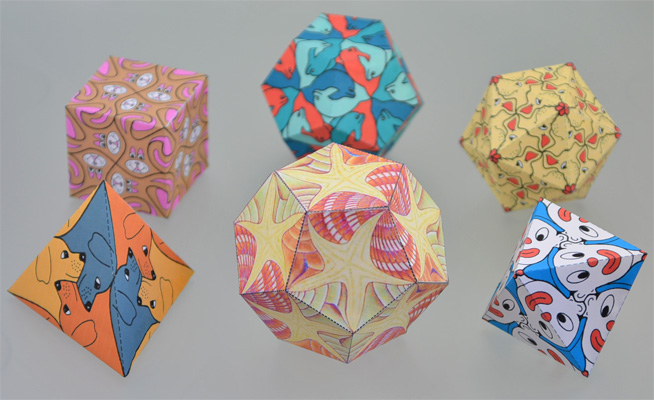 In the micro-world, polyhedra are found in molecules, viruses, and bacteria - the simplest...