According to some spiritual teachings, a polyhedron already familiar to us — a compound of two tetrahedra (stellated octahedron) — is not just a geometric form. This form is endowed with powerful energy and maybe even supernatural properties. 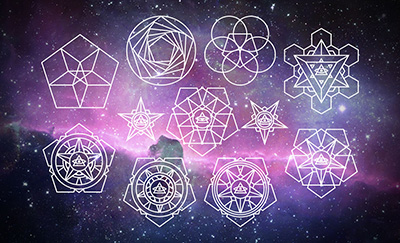 This article moves a little away from classical geometry, which we all managed to meet at school.
It is about sacred geometry, which differs from secular geometry because all forms and lines are considered to be related to each other and have a single meaning. Ultimately, the objects produced through the use of sacred geometry contribute to the evolution of the soul, as they combine the orderliness of the Universe as opposed to chaos. Sacred geometry seeks to unite in a single whole two entities - rationalism and spiritual beginning. For example, in India, the foundations of sacred geometry were developed in Tantra during the creation of yantras - the energy forms necessary for meditation.

The Merkaba is the subtle body's energy configuration, creating energy fields on the dense, subtle, and mental planes.
It is customary to call the Merkaba construction consisting of two tetrahedra joined together. 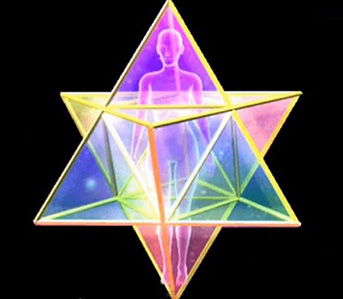 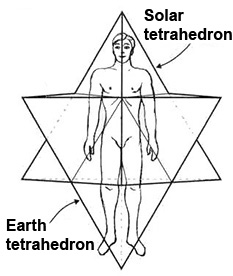 One of the spiritual schools gives the following description: "A human Merkaba is an interaction between three bodies: physical, astral and mental. The physical body is the role of the stator. The upward tetrahedron should rotate clockwise; the downward tetrahedron should rotate counterclockwise. At a certain speed of rotation of thin bodies called critical, the field around a person turns into a crystal called an activated Merkaba. If in this state, a person is activated beyond his ability and he owns the knowledge of subtle plans, then with the help of his Merkaba, he can work wonders - move through space, fly in the air, move into parallel worlds, fly to other planets in subtle bodies, etc."
Of course, to believe in this statement is not easy; it is even more difficult to verify or obtain scientific evidence. Citing such a point of view, we want to tell you that the stellated octahedron is more than a geometric body for some people.

In the shops, you can find pendants in the form of a compound of two tetrahedra.
As follows from the description:
"The Merkaba Pendant is designed to heal and balance, is one of the most powerful symbols. Merkaba also promotes spiritual growth and unification with the higher self." 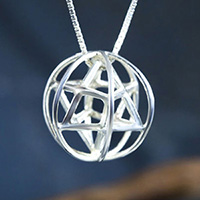 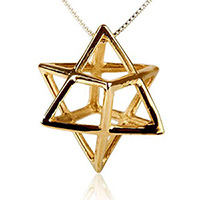 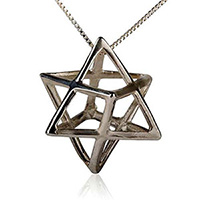 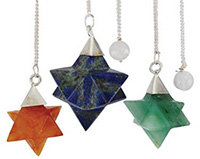 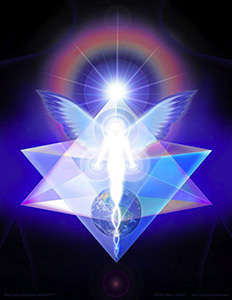 You can also find paintings depicting two tetrahedra. For example, a picture that has the original name "Angel Crystal".

And if you wish, we can independently make a polyhedron symbolizing Merkaba out of paper.
Details for assembling a stellated octahedron can be found in Issue 15 of Magic Edges.
We hope that the star octahedron will harmonize the space in your home and create a field of Love and Light.

This article will introduce you to the technology of manufacturing geometric metal solids used by...

How to master stereometry?

In geometry, the section which deals with three-dimensional figures is called stereometry. The...