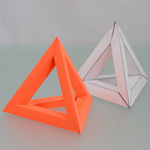 Which geometric solid known to us has the greatest strength? Which is most resistant to external deformations?

The tetrahedron (regular polyhedron) forms a rigid, statically definable construction. A tetrahedron made of rods is often used as a basis for spatial bearing structures of spans of buildings, floors, beams, trusses, bridges, etc. The rods have only longitudinal loads.
What lies behind the term stiffness?
Stiffness is the ability of structural elements to resist deformation under external influence.
To understand this term, we simplify the problem, move from bulk models to flat ones.
If we take three metal or wooden planks, fix their ends with pins or studs so as to obtain a triangle, we will see that we will not succeed in changing the shape of the resulting triangle. 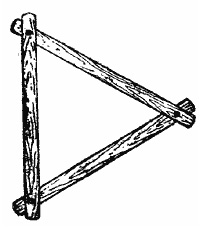 A regular triangle, a triangle with which all sides are equal, has the highest resistance to deformation.

Plates assembled in the shape of a square may shift after the application of force. Internal corners are changing.
Thus, the quadrilateral (square) is not a rigid figure, that is, it is subject to deformation.

The sides of a triangle determine its angles uniquely.
Of all the polygons, only the triangle is a rigid figure.
This property of the triangle is used in many constructions (bridges, tower cranes, pylons of electric transmission lines). 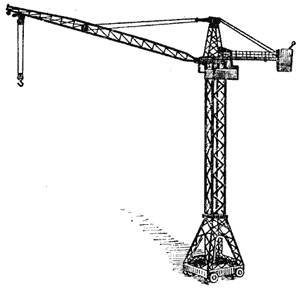 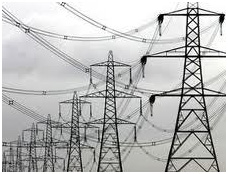 Demonstrate the example of a crane jib.
The construction is a sequential combination of tetrahedrons (red) and quadrangular pyramids (green). 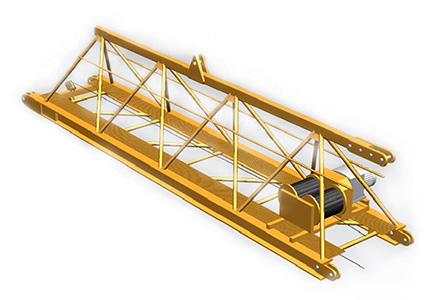 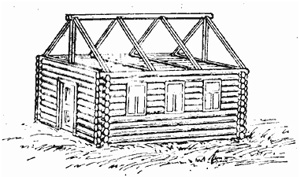 Rafters of buildings have the form of triangles. This gives them strength and stability. 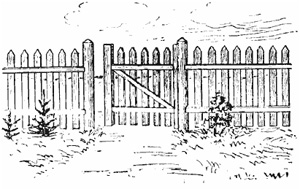 When constructing a garden gate, be sure to nail a plank (board), sometimes two strips, so that triangles are obtained. This gives strength to the gate, otherwise it will soon warp.
From practical examples of the application of a rigid triangular structure we return to exact mathematical bodies — the tetrahedron.
The tetrahedron will be considered as a rib construction.
Each of the four sides of the tetrahedron is a regular triangle. Since the rods forming these regular triangles are not subject to deformation, all together these six rods (edges) of the tetrahedron create an extremely rigid structure.
No other body has such strength characteristics.

We suggest you assemble a tetrahedron model of six separate rods (edges).
For assembly, you will need to print the drawing on two A4 sheets. Download nets edges tetrahedron here.

First you need to glue each of the six edges of the tetrahedron.
Then glue the base of the three ribs and consistently paste another three edges to it.
1. 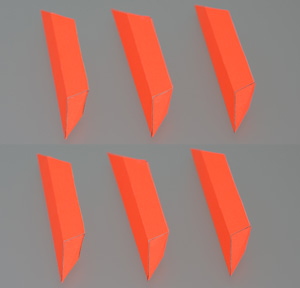 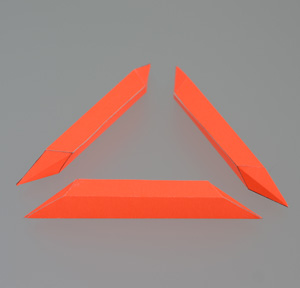 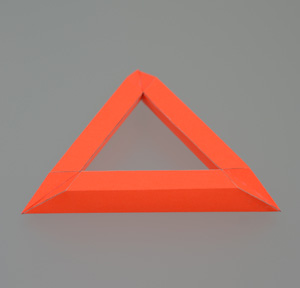 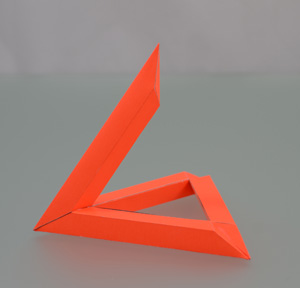 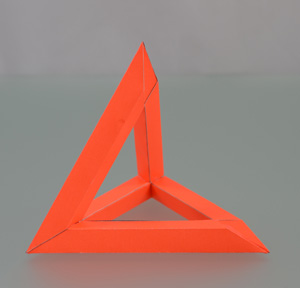 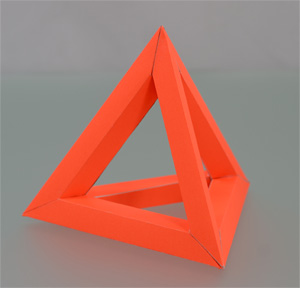 We get the edge model of a tetrahedron.

Rotation of a polyhedron