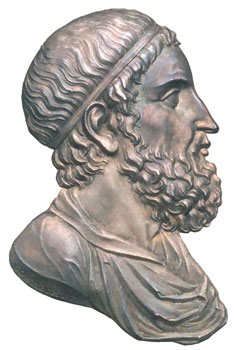 Archimedes is the author of numerous discoveries and inventions: machines for irrigating fields, a water-lifting mechanism (Archimedes screw), levers, blocks for lifting large weights, military throwing machines, etc. During the 2nd Punic War, he led the defense of Syracuse. His throwing machines forced the Romans to abandon the attempt to take the city by storm and forced to go to the siege.

Born in Syracuse. It is believed that his father was an astronomer Phidias.

Theorist and practitioner, creator and master, a generator of ideas, and a person who implements them. As a rule, they are different people, but in Archimedes, a scientist and engineer qualities were brilliantly combined. He is the founder of statics and hydrostatics. At a difficult time for the fatherland, Archimedes put all his knowledge at his fellow citizen's service and died, defending the fatherland from the enemy.

Archimedes, as an engineer, became famous not only for his military machines. He also created a water-lifting screw (worm, snail) and a multistage gearbox. The first was used as a device for lifting water for two thousand years. Back in the 20s of our century, one could see the “Archimedes worm” in the Crimea, which was used to pump out thick brine. Archimedes screw served as a prototype of aircraft propellers and ship propellers. The second invention was used to move large weights. Plutarch writes: “Archimedes once told his relative and friend, King Hieron: this force can lift any weight. In bold confidence in his proofs strength, he argued that: If I had another Earth to which I could get, then I would move our Earth from its place. Surprised, Hieron began to ask him to prove his words and set a large body in motion with a small force. Archimedes took the tsarist freighter, which with great difficulty and with the help of many hands, was pulled onto the shore, put a lot of people on it, put an ordinary load, and, sitting quietly away, without the slightest effort, moving only the end of some complicated machine, began to drag the ship is so quiet and even as if it were sailing on the sea. ” Historians of science suggest that Archimedes used, in this case, a multistage gearbox, which gives a huge gain in strength. They say that when Hieron saw this “miracle”, he exclaimed: “From now on, I demand that everyone must believe Archimedes in everything that he only says". 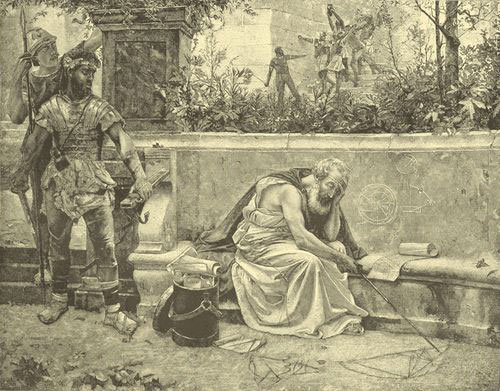 Entertainingly gives an idea of ​​the laws of Archimedes. Soyuzmultfilm, 1972
Director: Yury Prytkov

The Kepler's Star (nor Keplerstjernen), 45 meters high, is located near Oslo in Gardemoen Airport. A huge...