The plot of the fantastic blockbuster "The Fifth Element", is built on the legend that there are five elements that can protect the world from the threat of Absolute Evil.

Every five thousand years, doors open between measurements, and dark forces disrupt the existing harmony. Evil, in the form of a heated mass, endowed with intelligence, is approaching the Earth. It can be defeated only by bringing together the four elements and adding the mysterious fifth element. 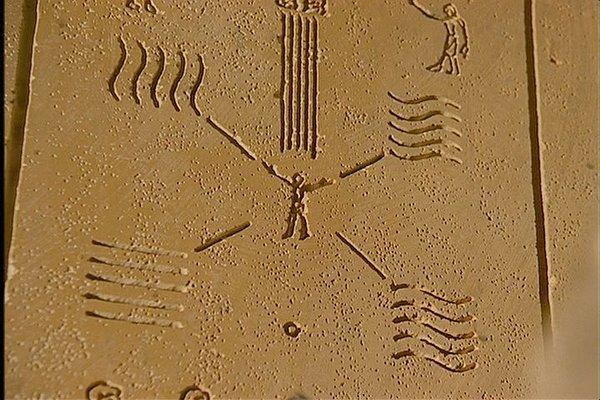 Aliens, taking these 5 elements from Earth for storage before the First World War, are trying to return them to earthlings. However, the dark forces are trying to prevent this.
Throughout the film, the main characters, led by Korben Dallas (Bruce Willis), are trying to find and return all the elements to the Ancient Temple. 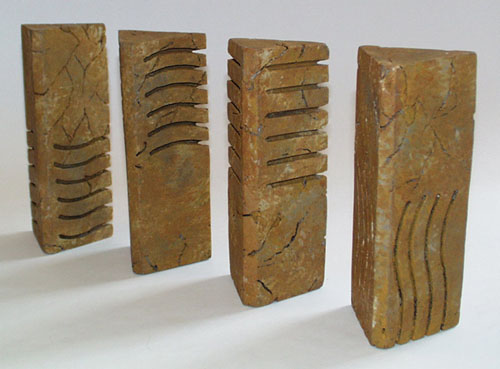 Four elements are enclosed in magical stones. They symbolize the elements:
- The fire
- Air
- water
- Land

And if you take a closer look, the four elements are enclosed in stones in the form of polyhedrons — regular triangular prisms.

The fiery Black Sphere has already emerged from hyperspace in the solar system and rushes straight to Earth to destroy life in the entire Universe.
Heroes place stones on appropriate pedestals but do not know how to activate weapons against Evil. Leeloo (Mila Jovovich) suggests: "The wind is blowing ..., The fire is burning ..., It is raining." Finally, they guess what needs to be done with these elements (Air, Water, Earth, and Fire), and it works.
The case remains for Leeloo. Korben confesses her love, and this recognition launches an ancient weapon into the sky in the form of a ray of light, since the Fifth Element is Love. 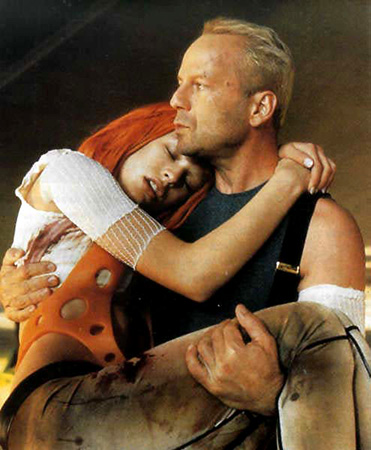 Having nearly entered the Earth's atmosphere, the Sphere of Evil is petrified by a ray and, having occupied an orbit, becomes one more satellite of the Earth that looks like the Moon. The film “The Fifth Element” was filmed by director Luc Besson in 1996, more than 20 years ago.