The new Atom Browser creators decided to choose the image of a polyhedron or an icosahedron for their corporate logo.

* - this is a program for viewing websites. 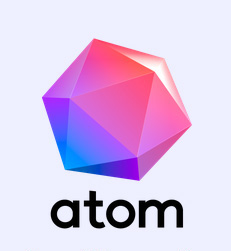 The Russian Mail.ru internet corporation, which owns the popular VK and Odnoklassniki social networks, offers something new to browse the web.

Atom browser can be downloaded from the following website: browser.ru.

According to the developers, the main features of Atom are speed, security, and privacy.

I wonder why Mail.ru decided to use another “A” letter after their previous browser was called Amigo (which lasted seven years then was canceled). This approach is probably justified by always being at the top of the list.

I want to believe that the symbolism of the icosahedron will bring the Atom browser great luck. Still, I would like to ask developers the following question: "Why did you choose the icosahedron as the symbol of the new browser called Atom?"

They probably won't be able to answer it without some help.

But if we turn to history, the only person who associated the icosahedron's shape with the atom was the ancient Greek philosopher Plato. Also, it happened a long time ago, two centuries before the birth of Christ.

The outer sphere of polyhedra

The perfection of the spherical shape has long attracted thinkers and scientists who, using...