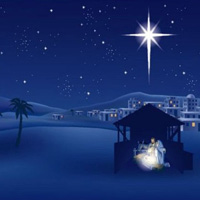 A star is an image of divine idea and will; due to them, our Light and Universe were created and started to exist in Space.

The eight-pointed star is the most vivid representation of the Star-symbol, in which beauty and symmetry impress everyone.

In Babylon, the eight-pointed star – the embodied light - contained the solar circle, the cross of solstices, equinox, and the four cardinal directions.

In Christianity, the Star of Bethlehem is represented in the form of an eight-pointed star, which lets the Magi know about the birth of Jesus. 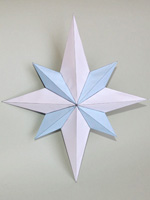 The eight-pointed star can also be found on maps. It is a compass which shows the orientation of four cardinal and four ordinal directions and called as “windrose” or “compass rose”. 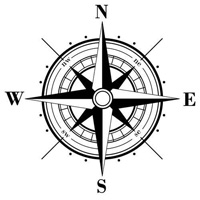 Have you paid attention to the symbol depicted on the emblem of the Russian Ministry for Emergency Situations? The main symbol is the white star of hope and salvation, represented by a vertically elongated octagon. A distinctive sign of civil defense in its center can be seen in a blue triangle in the orange circle. 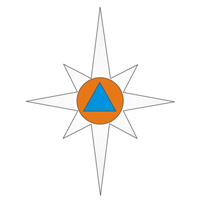 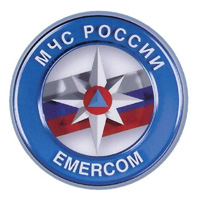 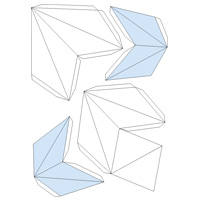 Further, in this article, we suggest you make a three-dimensional model of an eight-pointed star.

You can download a sheet with nets and print it in two copies for DIY a star. 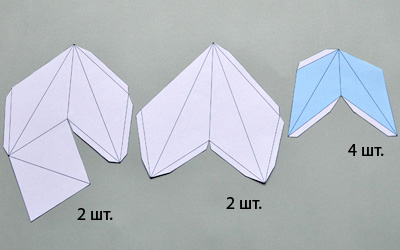 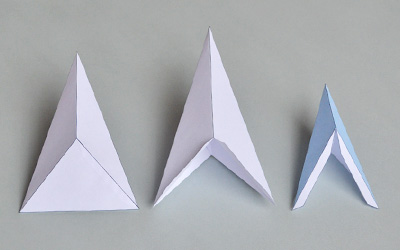 Cut out the separate parts and fold them according to the marked lines. Glue them together. 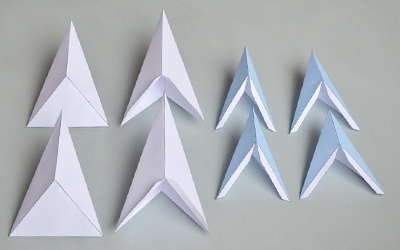 As a result, you should get 8 parts; each of them will be a single beam.
Then step by step, glue all the parts together.

Then step by step, glue all the parts together.
1. 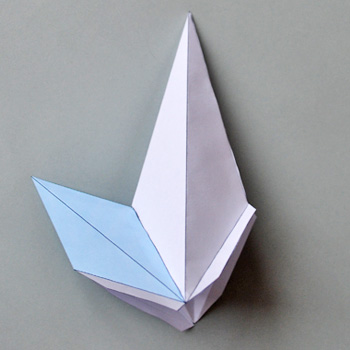 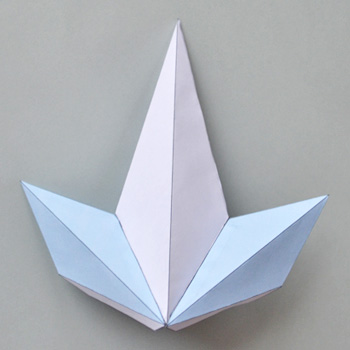 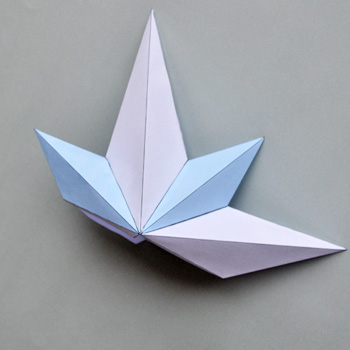 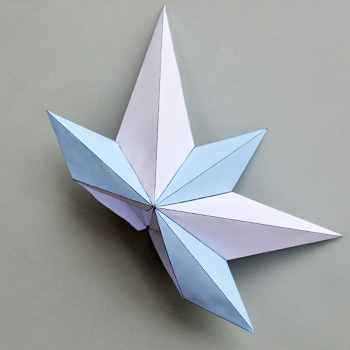 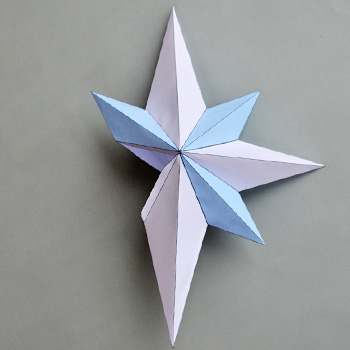 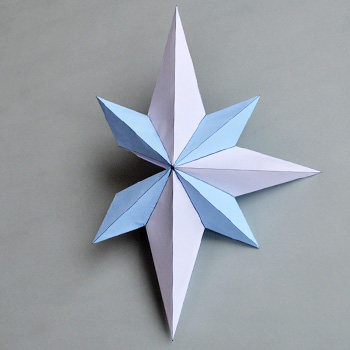 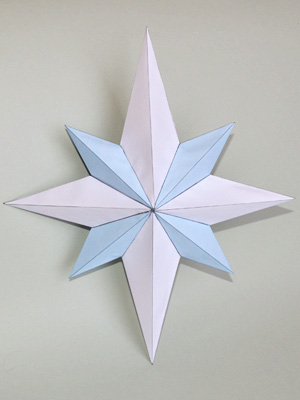 The geometrical dimensions of the finished model are 230 x 80 x 270 mm.
The model presented in this article is not a polyhedron from a mathematical point of view, but it has a very beautiful star-shape!

Can a polyhedron be curved? Perhaps this is some mistake? Or maybe this is not a polyhedron? It...

With the same pattern repeating on each polyhedrons face, it is possible to create an alternating...