In this issue, parts for assembling 3 pyramids with 7 sections deposited on them. Since the tetrahedron was chosen as the shape of the pyramid, all the presented sections can be considered as sections of the tetrahedron.

We suggest that you collect three pyramids with the cross sections in the form of polygons plotted on them: triangle, square, rectangle, quadrangle, trapezoid. 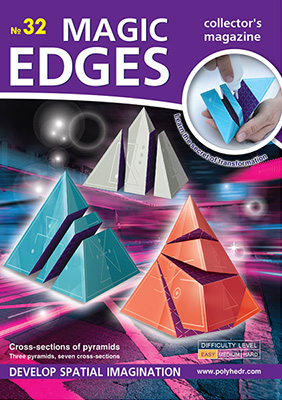 Each of the 3 pyramids can be useful to you as a visual aid for solving mathematical problems. 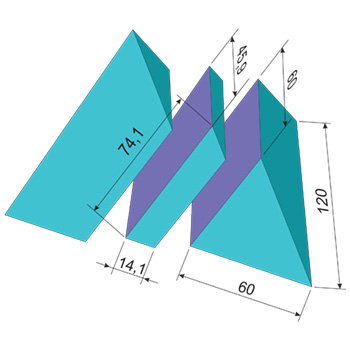 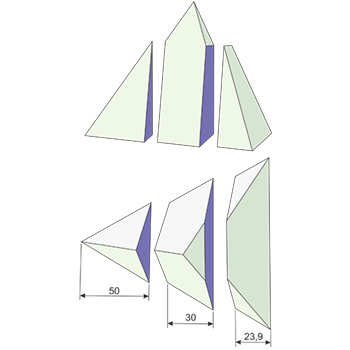 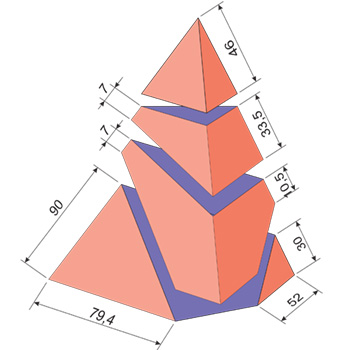 The red pyramid has three cross sections - in a quadrangle, an isosceles triangle and an equilateral triangle